For four decades, I have been a reporter, columnist and author based in New York. During those years, I have written breaking news stories about many landmark events, investigative and analytical pieces, and the first column in a daily newspaper devoted exclusively to organized crime. I began writing my "Gang Land" column at The New York Daily News in 1989. My work has also appeared in many magazines, newspapers and journals in the U.S., Canada, Europe and Asia. I have appeared as an organized crime expert on numerous network and cable television news programs. From Oct. 11, 1999 until March 2004, I also served as Director of Communications for John Jay College of Criminal Justice, The City University of New York (CUNY).

In 2006, the Criminal Justice Section of the New York State Bar Association presented Gang Land with an award for media excellence. In May 2001, The New York Times wrote a feature article about the Gang Land column, the same year GangLandNews.com won the Best Web News Story Award from the New York Press Club. People Magazine chimed in with a full-page spread about Gang Land in June 2001.

My most recent book, The Complete Idiot's Guide To The Mafia, Second Edition a comprehensive look at American wiseguys and the way they make their money, was published in 2005. I have written several other books about so-called traditional organized crime and have co-authored three major books about the Mafia with Gene Mustain — Mob Star in 1988, Murder Machine in 1992 and Gotti: Rise & Fall in 1996. In July 2002, we completed an updated edition of Mob Star that included eight additional chapters, a prologue and epilogue that tells the complete story of John Gotti — from his rise to the top of the Gambino family to his death from throat cancer in 2002.

In October of 2013, I co-authored a book about the most important Mafia defector of this generation, Mob Boss: The Life Story of Little Al D'Arco, the Man Who Brought Down The Mafia, along with crack investigative reporter Tom Robbins, who worked with me at the Daily News and who now teaches budding news reporters at the CUNY School of Journalism.

My Gang Land column appeared in The Daily News from January 1989 through August 1995. Gang Land returned to the newspaper world for a five plus year run in The New York Sun from August, 2002 until October of 2007.

In September, 1995, I began an academic year of study at Stanford University as a John S. Knight Fellow. While there, became aware of the breadth, depth and potential of the World Wide Web and that through it, I could reach more people, with more information, more quickly, and created this web site on February 15, 1996. That June, I returned to The News, and continued writing about organized crime, labor racketeering and official corruption. With a glut of columnists at The News, the editors decided not to resume my Gang Land column. That gave me more time for the web site and on Sept. 16, 1996, I took the column online. 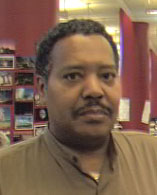 In October, 1996, Hap Hairston became the web site's editor. Then a Daily News assistant managing editor, Hap had earlier served as the paper's business editor, city editor, and metropolitan editor. He had edited the Gang Land column for several years and many of my bigger news stories. Reporters working with Hap have won three Pulitzer Prizes and scores of other major journalism awards. His decision to come aboard was great news for me and readers, because he was the best conceptual and line editor in the business. Sadly, right before Christmas in 2002, Hap, who had battled a myriad of ailments since 1996, died in his sleep of an apparent heart attack. He was 53.

In April, 1997, we added a new regular feature, Ask Andy. Andy Petepiece is an organized crime historian with a voluminous collection of books, magazines and research on the subject. A voracious reader with a remarkable memory, he became intrigued with the Mafia in 1963 when Joe Valachi became the first "made" man or officially inducted member of Cosa Nostra to publicly break the so-called code of silence (omerta) and describe the inner workings of a secret society of Italian-American gangsters. In 1997 and 1998, and again from 2016 to 2019, Petepiece penned an Ask Andy feature for Gang Land, which considers him our historian emeritus. 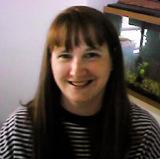 In May 1998, Suzanne (Sue the Dream) Nicolucci joined the Gang Land family as director of advertising and marketing. The youngest and most attractive member of the Gang Land team, Sue had toiled for cyberspace critic/columnist Kim Komando and for American Express. She became interested in the mob "after watching that stupid Geraldo Rivera/Al Capone vault thing" and until she moved on to better things was a major player on the team. "I worked for peanuts before, but it was never as much fun," says Sue.